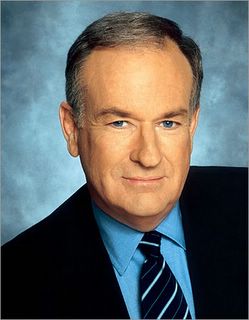 Bill O'Reilly is a fucking jerk.

some right-wing blowhard to discredit and demonize a teenager championing women's rights and free speech. Bill O'Reilly is a fucking jerk, plain and simple. I happened to be enjoying dinner with friends last night. After dinner we sat on the floor and played with the chill'uns as parents often do. Ross flipped through the channels while I dodged right hooks and crosses from #1 and tickled the daylights out of #2. Not a fan of right-wing, ignorant, hate-speech or anyone who talks for the sake of hearing themselves, Bill O'Reilly wouldn't have been my first choice of programming.

He was talking about a sleepy, little town in southeastern, MN. A town called Winona. The town where I spent some of the best years of my life. I was interested to find out what could have possibly put Winona, MN in the news, on The O'Reilly Factor no less. Within 30 seconds it was crystal clear to me, someone said, "vagina."

Yes, yes I know you are all gasping in horror but it is true. Not only did someone say, "vagina" but several female students @ Winona Senior High School actually had the audacity to wear buttons stating they, "loved their vagina." Will the evil never cease?!?!

Mr. O'Reilly was trying to impress upon the nation that there needs to be standards for behavior in schools today. I have no problem with this. I am not an anarchist who thinks there should be no homework, rules or check and balances for students who may need discipline. I am someone who does support: free speech, human rights and the right to assemble and protest. Which is exactly what WSHS student Carrie Rethlefsen did.

Rethlefsen wore a button and t-shirt with a logo reading, "I heart my vagina." Not, "I like your vagina." Not, "I like to touch my vagina." Nothing distasteful, out of the ordinary or suggestive was printed on the t-shirts and buttons. Mr O'Reilly felt this was one of those things people could just not stand for. He mentioned his, "many years as a teacher in Florida" to try and give weight to his argument but when it all comes down to it, he was arguing against women's rights.

After recently seeing the play, The Vagina Monologues, Carrie Rethlefsen and some fellow students were sporting the, "I heart my vagina" t's and buttons in protest of violence against women. A group of girls, all wearing the shirts assembled at WSHS and symbolically turned the shirts inside out as a sign of solidarity before entering school. Rethlefsen, was told she could no longer wear her shirt or button to school and she was fine with this edict.

What I find so funny about all of this is that in the article I read from the Winona Daily News, students were holding signs stating, "We respect authority." The school principal also commented on how pleased she was over how smoothly this protest went down. We should be so lucky that some of young America broke the shackles of apathy and took a stand and used their voice for a change. I don't know about anyone else but to protest in such a positive and non-threatening manner, for such an important cause, is a breath of fresh air in my book.

These kids and those all across America could be doing much worse. Leave it to someone as egotistical and self-righteous as Bill O'Reilly to pontificate on what free speech, women's rights and the American way should be. The kids are alright...maybe Bill needs to stick to what he
s good at, sounding like an ass, phone-sex with interns and making those of us who pay attention mad enough to sit down and call him on his bullshit.
Posted by JackassJimmy at 8:25 AM

Anybody else want to go over there and show Bill what Winona Pride looks like?

all i know is i have to get one of those pins for my friend- who shall remain nameless in case he reads this. I am pretty sure he loves his vagi.
ps. love the blog!