Cheers,
jj
Posted by JackassJimmy at 5:47 PM No comments:

So the manhunt in Boston is over.

I am grateful no more people were hurt and also they were able to take one of the men responsible for the Patriot Day Bombing, alive.

Let him be tried in a court of law, as a murderer, enemy combatant, domestic terrorist or whatever else the powers that be can come up with, but let him be tried.

I am grateful no one had to witness this man being killed / killing himself, in public. I’m grateful no member of law enforcement / military had to pull the trigger and have a death on their conscience, whether they feel justified or not. I don’t think the act of killing someone, whether it is for the greater good or for nefarious purposes, is easy for someone to handle.

Earlier tonight, I watched the wrap-up news coverage, as the manhunt ended. One of the field reporters or maybe it was Brian Williams, mentioned, “they had not seen people come together like this, since 9.11.01. Hearing that, I was saddened and somewhat ashamed because, I know for the most part, this is probably 85% true.

Over the week, there was a lot of information to take in, whether you were watching / listening / reading, online or in print. It was difficult and frustrating to me, that accurate and factual information were hard to come by, because media outlets were more concerned with being the first ones to break the story.

Even more upsetting to me was as much as this terrible and tragic event united us, it also drove more massive wedges between the people of the united states. I’ve never been a person who will try and argue with other’s opinions. Opinions are subjective and therefore, it’s hard to have a perfect right and wrong when discussing them. However, all week I heard things like, “I’ll bet it was those fucking (insert religious racial slurs here) again.”
...”Well you know this wasn’t a white guy.”
...”they should blow them up when they find them.”
...”I bet the effing President is behind this.”
...”effing liberals will let him go, too much whining and not enough death penalty.”
...”red staters are never going to give up assault weapons now.”
...” what a religion of peace.”

and these are only some of the things I can remember. I would consider myself very liberal, if I had to classify my political leaning. Although I think I may start calling myself more of a personalist or a humanitarian, simply because I only want what I think is best for everyone. Does that mean I believe my views to be infallible and therefore the only ones considered? Of course not but I’m really starting to worry about the division of people in this country, especially in the arenas of health and wealth.

Everyone has value, no matter who they are. Everyone deserves to be loved and to not be put through any more hardship than is necessary. I know this sounds like I want to jump in a VW bus, travel around the country, sing camp-fire songs, and have love ins but, that’s not really where I’m headed. I just really think we all need to be better to each other. In our day to day relationships as well as our world view.

When people ask me what religion I am my usual response is, “I was raised roman catholic but, I no longer practice.” People frequently ask if I have given up on religion and I haven’t. I just can’t see associating myself with an organization that doesn’t practice what it preaches. Christianity on the whole is pretty messed up. Jesus was pretty clear as far as I can see. “Love one another, as I have loved you...”

No, “love one another, as I have loved you unless...”
you’re black
you’re homosexual
you’re republican
you’re a woman
you’re disabled
you’re a child
you’re (insert your own label here)

I really like(d) the idea of the, “It gets better” campaign because, high school was no picnic for me. Looking at high school today, and having spent a good portion of my life working with at-risk kids, you could not pay me enough to go be a teenager again. No way, not with a gun to my head. In many ways, I had it easy with just being overweight. 1500 years ago, when I was in high school, you got bullied at school and then you went home. Once you were in that door, no one could touch you and you had a break.

Now, there are cell phones and internet and whoallknowswhatelse? I’m not trying to demonize technology. I love it. It helps me on a daily basis but I also see how for many people it can be a bigger curse than a blessing. I don’t know when or where society took the turn it did and started down this perilously slippery slope we’re on. I wish I did because at least then I would have some idea as to how to form a plan to fix the path we’re on. What am I talking about? These three stories, I fear are just the tip of the iceberg. Rehtaeh Parsons Audrie Pott WTF is wrong in Steubenville?!

Admittedly these stories are horrific enough on their own but to discover there were adults, who in some cases told youths, “not to worry about it, I’ll get it taken care of...” leads me to believe my hope in humanity is pointless. Lives are ruined on both sides. No matter how much therapy or jail each party goes through, nothing removes what has been done.

We need to do better by our kids.

Posted by JackassJimmy at 2:40 AM No comments: 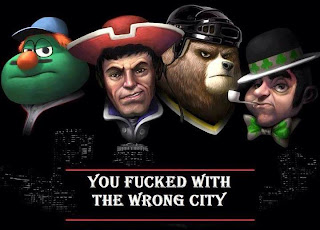 write something that had some pop to it.
something to catch the eye
but today
today just took it out of me

So here's to you
you gutless wonder
way to ruin some people's
day, dreams, lives

"may you live to own a hotel with a thousand rooms
and be found dead, in every one of them."

Love and prayers to Beantown,
jj
Posted by JackassJimmy at 2:44 AM No comments:

and I could give a shit about anything.

it's tough feeling like
the stitches you don't have
are getting torn from you
when you sneeze, cough, breathe too much

never want to do the catheter experiment again
end is still too far off to begin any sort of countdown
and even then, I worry about
shit not being right when its done

springing a leak, you know
or other processes and sensations
being impeded
or replaced by pain

time to get some zzzzz

cheers,
jj
Posted by JackassJimmy at 2:45 AM No comments: 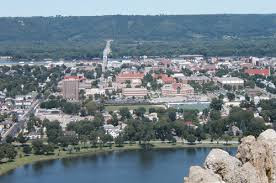 Excited, hell yes
first time out of Norte America
and had a passaporte to be stamped
things were on the up and up
lost 50 pounds over the summer
a result of ramen three meals
a day
and not to many tasty beverages
busting my ass
working like a field hand all summer
had paid off
and now I was able to call 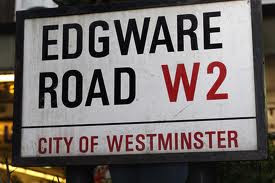 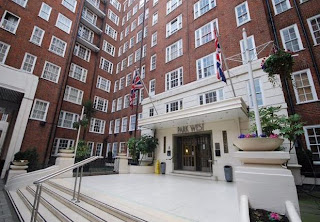 cheers hk,
jj
Posted by JackassJimmy at 1:57 AM No comments:

of family extended and otherwise,

Oh I, I'm still alive
do I deserve to be?
Is that the question
and if so, if so
who answers, who answers?


I hope you all are well,

word to hk,
jj
Posted by JackassJimmy at 2:20 AM No comments:

Yeah great. Not as bad as I thought it was going to be but when you are limited activity wise, like I am, it’s not like I’m going to kick up my heels and go dancing.

Word to hk,
jj
Posted by JackassJimmy at 12:54 AM No comments: