Not in my White House! I mean seriously, how much of a tool box can one be before the country just says, "NO"?

Why in the hell would anyone think that leaving kids in orphanages or in the custody of foster parents, (where honestly, they may or may not be in a less than pleasant living situation) is better than providing them with a loving home, albeit with two parents of the same sex?!?! Seems to me that good ol' Johnny Boy is more concerned with punishing the gay community and taking away their rights to be parents. In addition to this "enlightened" view, he also gets to make gay people, interested in adopting children, feel like second class citizens because, "same sex parenting goes against the moral fiber of this country."

So doesn't cheating on your wife or screwing male prostitutes in airport bathrooms, but that hasn't stopped some esteemed members of congress.

Give me a break.

Cheers,
JJ
Posted by JackassJimmy at 9:26 AM No comments:

Where did you go?

Yeah, I know its been like 2+ weeks since I've posted. I've been dealing with medical this and that and hopefully getting back on the right track. Life with diabetes is never easy and more often than not, the littlest wrench in the works can really fuck things up.

However, my blood work shows that I'm not as fucked as I though I was and that yes, there is still hope for me. Hooray! I have to be doing better than Stanley Kobierowski. Way to put Rhode Island on the map! We only get attention for the negatives like this jackhole.

At any rate, my best to all of you and you can expect a return to regular posting in the very near future.

Cheers,
JJ
Posted by JackassJimmy at 3:13 AM No comments:

Friday, after staying out till almost three on Thursday night seeing Hellboy II, I decided to take it easy and wake up...whenever.

I managed to make it up to my aunt and uncles for about twelve. They were just pulling in and we shot the breeze for awhile and then my uncle was headed back to the office.
his work is never done.

I walked inside and talked with my aunt for awhile, until she announced that she needed coffee and would I like some?
Hmm...lets see...it's eleventy billion degrees out and I've come to try and cool off and relax in the pool, hot coffee? No thanks.

My aunt, who is I think 60, described the temperature as, “walk in warm.” The pool was warm but maybe I'm just getting older, and my sensitivity to temperature is becoming more acute. It took me about five minutes before I was able to dive in and experience the crisp refreshing swim I had been missing for a couple of years. During our talk my aunt had mentioned global warming and how, earlier in the week, she had gone down to visit my parents and when she went in the ocean, it felt more like early August than early July. Nevertheless, I swam and floated around for about an hour and a half before I was all done. I dried off, sat for awhile and then packed to go home. My aunt, a voracious reader, gave me Joe Hills, “Heart Shaped Box.” A book I oddly enough learned about on myspace but still seemed interesting enough to read. 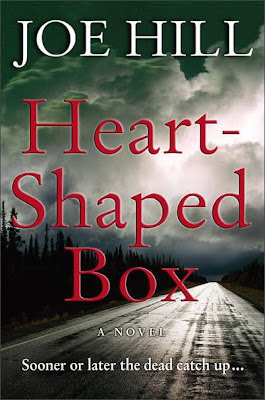 It's been a quiet but full weekend. After my swim, I drove home, ate a quick lunch and cracked the book. Two days later and I'm about 55% of the way through. It's basically a modern day ghost story with its own quirky references to current or recently current pop culture.

Last night was The Dropkick Murphy's and Mighty Might Bosstones at McCoy Stadium. The show overall was awesome but by 11pm I was done for the night or at least I thought I was. The Guy, Dubs and I left McCoy and received a call from El Capitan. El Capitan wanted to meet for beers and whiskeys at the dirty bar. After sitting out in the sun all afternoon, the last thing I needed was booze until closing time, but I was a good sport and after the Guy dropped us off, I accompanied Dubs to the bar to meet El Capitan and the missus. Two Heineken lights later and I could feel my head beginning to pound. When the hell was the last time I ate?

3 fried eggs and wheat toast at about 10 in the morning and since then, it's been nothing but beer and orbit gum...AWESOME

the bar closed and Dubs and I were starving, he also could not remember his last meal. There were options, most of them fast food or yuck truck related, but then like a beacon of hope, we remembered the CRUST. Golden Crust has probably the most delicious and reasonable eats around. Dubs got the world famous buffalo chicken pizza in large form. I ordered the 10 wing dinner and a small buffalo chicken pizza. 20 minutes later Dubs was splitting his pizza with his cat and I was watching Sin City and eating chicken wings. I finished the wings, but conked out way before the movie was over.

Woke up this AM, cleaned a little less than I would have liked to. Still tired from the show, took a nap and contemplated going for another swim. However, since it was Sunday and I was not working, I told my brother I would go to his softball game. Drove to Moonsocket, watched the game, came home and here I am.

Tomorrow I start with a new primary care physician, who I am sure is going to tell me, I'm too fat...don't eat anything...exercise more...AWESOME


Cheers,
JJ
Posted by JackassJimmy at 12:58 AM No comments:

Posted by JackassJimmy at 1:46 PM No comments:

So it's two o'clock in the fucking morning and while I should be sleeping, I'm not.

but what am I really doing?

I'm blogging and listening to music to finally make a cd for a friend. A cd I promised months ago.

problem is, I have such a wide variety of music and I know not everyone's taste is as eclectic as mine, so what's a guy to do?

...it would probably help if I did not have the repeat function in winamp on. The one good thing, I'm not making this cd for someone I'm trying to woo.
if nothing else, that lowers my anxiety level by about a billion.

Wow, I just listened to a cd that I really thought was very solid, always put me in a good mood, you know what I'm talking about.
now, it could just be my reaction to a lackluster weekend, the fact that I'm feeling under the weather, but the one song I was looking for on this disc,
just doesn't jazz me like it used to.

so the search goes on...

i'm not even going to try and theme this disc cause at this time of night and at this point in my life, I don't know whether to shit, or go blind.

* not really
Posted by JackassJimmy at 2:33 AM No comments:

even more boring than math class...

So I've got nothing, literally nothing for you. I'm out. Empty like Paris Hilton's Head and my bank account.

The new news, is that I haven't been sleeping all that well. I think it's a seasonal thing but, but to be honest,
the nights have not been all that intolerable around here. Summer has finally decided to show up and the best
way I can describe it is well...hot.

this morning, when I finally decided to pull my ass out of bed, it was warm, even for a little before eight.
I showered, and as soon as I was out and reasonably dry, I could tell it was going to be warm outside and
I needed to get to the grocery store, cause I was out of food.

Walked out of the crib and cursed my dumb ass for leaving my sunglasses in D-lo's car the other night. It was
bright and hot and in general, way too much for not the morning person I am. Made it to and through the grocery
store without too much fanfare. Came home and made poached eggs on dry wheat toast....mmmm(not so much)

Now, here I sit, doing the clackity-clack thing, putting some thoughts down before I drive up to my aunts and throw
my big ass into the pool for the first time this summer. I promise to learn to take pictures sometime soon. Until then
we'll just have to get by on my awesome writing skills.

Cheers,
JJ
Posted by JackassJimmy at 10:54 AM No comments: