but fall is where it's at.

those brutal heat waves we had this summer, the ones that made you feel like convenience-store burrito, left to die under a heat lamp,
they seem to have moved on

i'm ok with it

even though I am no longer the guy in shorts 12 months a year
you still have to show love to the seasons
if not love then, at least some respect or
at the very least recognition

"Yes, Winter, you are the man! If i get drunk and pass out, outside here, you will be the death of me. You win, dude. You win."

"I know, Fall. I know...you TOLD me to bring a sweater...and i didn't...and now i have a scorching case of strep throat. You've never been the bastard before but, I can't stay mad at you.You did tell me."

usually this is the time of year i wax poetic about those golden, fall days in Southeastern Minnesota. times when most things I needed were 5 minutes away
but
falls have always been golden or at least for as long as I can remember they have been.
many centuries ago, in a time called 1991, fall represented a new found freedom
no longer enslaved by the chains of high school, i began to live life.
friendships started within the confines of academia became forged through time, honor, and mettle.
i began a journey i walk still this very day. a journey on the path of,
"Just Who The Fuck Does This Guy Think He Is?!"

metal, while still polarizingly popular, was giving way to new sound coming out of the Pacific NorthWest, music would cease to be the same after, 'grunge' reared its wonderfully alternative head.

i associate fall with inumerable things
grunge music
soundtrack from the motion picture, Singles
college days
band practice
weekend road trips throughout the NorthEast to see a million bands for cheap, eat cheaper food, and drink the cheapest beer
trips to various spots in nature to either hang out or just reconnect with ourselfs, something I think young people today are sorely in need of.

and of course, Fall makes me think of foliage
the turning colors of the leaves as they
break away
float 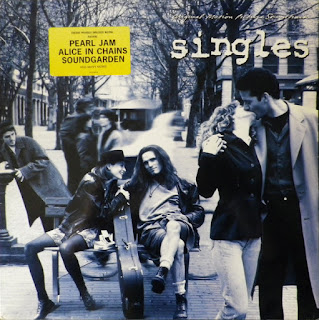 as unfortunate as it is, i associate Fall with
Shannon
Scott
Kurt
Chris
Andrew
and most of all with
Layne

so throw on your docs and a flannel, grab a pumpkin-flavored beer, turn this one up loud, and enjoy!

i hope you all are well!

Posted by JackassJimmy at 8:50 PM No comments: