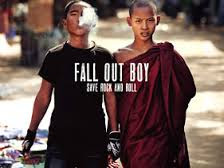 I’ve been a big fan of Fall Out Boy and the music they’ve made over the years. “Take This to Your Grave” grabbed me by shirt, punched me in the face and said, “Check this out!” I was hooked at Saturday and never looked back. Happy to see FOB achieve minor mainstream success with “From Under the Cork Tree” I was amped. Here is a band with talent, who sing and play their own instruments and they are getting the recognition they deserve. Hum Hallelujah off of “Infinity on High” might be tied with Saturday, as my favorite FOB song of all time.

When, “Folie a Deux” came out, I will be the first one to admit I was not excited. Not because I heard bad things about the recording but because I had literally heard nothing about it. It didn’t even come up on my radar and I considered myself to be up on music, even without delving into the nonsense that is Top 40 / Commercial radio. So...a couple of months after, “Folie a Deux” was out, I gave it a listen. Crushed. It was the only word I could use to describe what I felt. Where was the FOB I knew and loved? Where was the raw aggressive sound I had come to know and love? While, “Folie a Deux” was not my favorite FOB album, it was still lyrically solid and I admired FOB for exploring different avenues to take their music down. I mean after all, it is their music. 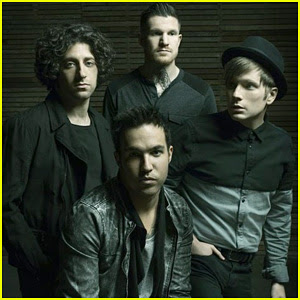 Now after the hiatus everyone was sure was the demise of the band, we find a leaner and meaner yet, kinder and gentler FOB. “Save Rock and Roll”, FOB’s latest release is their crossover masterpiece. It’s the album that has all tracks ready to be easily remixed into dance floor anthems. Guest spots on the disc include Courtney Love, Big Sean and self confessed FOB fan, Sir Elton John. Realistically, who is not going to collaborate with Elton John given the chance?

Save Rock and Roll is a great disc, even if it is not my cup of tea. I’m still more inclined towards the edgier and harder stuff but not once whilst listening to SR&R did I say, “OMG this is awful...” Well written lyrics and music from front to back and if you are into Rock and Roll you can dance to, this is your record of the year for sure. My only criticism of the disc is it seems a bit, phoned in. Cut & paste is such a poor choice when you can actually play. Super over produced / processed or whatever. So much so, I worry about how it will translate live. I can’t imagine Andy Hurley was challenged much on this disc. Will there be lots of samples and tapes running during shows? If so, that’s just a shame since these guys are solid musicians and frontman Patrick Stump has proven time and time again he can sing his ass off. That being said Save Rock & Roll from Fall Out Boy receives ⅗ .

Cheers,
JJ
Posted by JackassJimmy at 8:08 PM No comments:

when I lived in a land far, far away

in a place high on a hill

Federal Hill to be exact

one previously thought only to exist in the minds of artists, dreamers and children

Well I met a candygnome© of course! 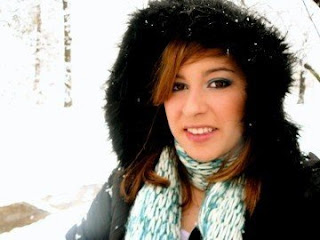 We all know gnomes to be creatures of invention or at least I had been under this assumption.

I was not completely wrong, just a bit off.

but, rather than spend their days tinkering and puttering around a workshop

Imagine my surprise arriving home from work and the roommate greets me and says, “look what I found!” I was dumbfounded and excited all at the same time

quickly I ran back out

returning back to the igloo we all called, “home”

the roommate, the candygnome© and I

ate candy and laughed and bullshitted

and giggles could be heard throughout the land

well at least on the darkest side street

next to the King of Domestic Violence

Posted by JackassJimmy at 1:31 PM No comments:

the following is a transcript of an actual conversation I had with Clark, my computer of some time. 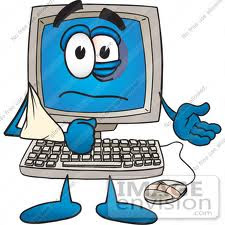 Me: "Not much just trying to do a couple things. Maybe get some writing done, listen to music, you know, standard operating procedure for a Sunday."

Clark: "Were you planning on using me?"

Me: "Yeah Clark, I was. Should I make other arrangements? Are you going to give me a hard time or can we just give it a go and see what happens?"

Clark: You know I'm not really a big multi-tasking fan. I get all tense and stuff."

Me: Yeah, Clark I know. I get it. I can hear you locking up already. Have no fear, I'm not planning on doing anything other than writing and maybe listening to music, while I do it."

Clark: "Are you going to listen via the web or what?"

Me: *sigh* "Clark, you know, you're really starting to become somewhat of a drag. It's not like I'm asking you to play games, edit video or do any really intensive stuff. I wish we could not have a panic attack whenever I powered you up."

Clark: "Hey, I hear you man but, I'm old. These new machines would leave me in the dust if you wanted to get one. You don't want to get one, do you?"

Me: "Clark, what is the one thing I have always tried to do?"

Clark: "Uh...not eat the whole goddamned bag of nachos, once you opened it?"

Me: "Nice guess but I was thinking more in terms of technology and my working with it..."

Me: "exactly. So while I could definitely use a new box, you are still loved and invaluable to me, even though sometimes you can be a stubborn old jerk."

Me: "WHAT Clark, what? Tell me I'm lying! Tell me you don't intentionally give me a royal pain in the ass sometimes?!

Clark: "Fine, I have been know to be a little temperamental sometimes."

Me: "Look, you're still the man, my homeboy, mi compadre. Don't worry about recycling for awhile, ok? Can we just agree if I don't beat you like a rented mule, you won't give me a hard time about being on the internet, playing some tunes and maybe typing?"

Clark: "I think I can get behind that. Can I tell you something?"

Clark: "I miss the old days you know? Where we used to live and rock out all the time? Why can't we just go back there?"

Me: "I miss them too Clark. If I knew how to get back there, we wouldn't be having this conversation right now."

Clark: "Just wanted to give you a heads up. I'm getting a little tired."

Me: "Fair enough. I don't have anything else to really say tonight, Clark."

Posted by JackassJimmy at 8:55 PM No comments:

been a lot of this:

Normally the aforementioned events would not be so bothersome to me. However, over the past few months, having had several invasive medical procedures, the fact I can neither position myself comfortably in bed, nor rest for more than an hour or two consecutively, has grown quite tiring, for lack of a better word. While I have always been an advocate for sleeping too much being for losers and dummies, I now wholeheartedly embrace the idea of knowing I have to say when. Due to this epiphany I’m guessing my prior actions have somewhat jilted the sleep fairy and she is not going to come back until she is good and gd ready.

more later...
Posted by JackassJimmy at 10:59 AM No comments:

hopefully it turns out

jj
Posted by JackassJimmy at 5:12 AM No comments:

that go time is 7:55am at "the hospital" tomorrow.

I can't say I'm really looking forward to this tomorrow.

While I've already been down this road and made it through, relatively unscathed, my kidneys are clenching as I write this. Which is odd because for the most part, they're not involved and won't be under any scrutiny tomorrow but...

there will be pain

and I'm not a,"skirt" so to speak but, I've had my fair share of pain in the past few months
I'm all set
really.

When I was told I was going to a be, "mostly awake" for the procedure, that just made me that much more nervous.
I know it has to get done.
I know I will be fine.
I'm really praying they put me out.

This post sucks and I'm aware of it but it's all I can do for right now.

Cheers,
jj
Posted by JackassJimmy at 1:51 PM No comments: