It's Cinco de Mayo and while some will celebrate their Mexican independance, we gringos look at it as another excuse to get drunk. 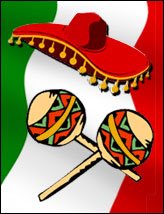 After getting out of work today, I went to celebrate with several hundred other gringos at the "Hot Club." It's one of Providence's nice weather, on the water, let's sit and have some cocktails kind of place. However on a Friday, or a day like today, everybody and their brother comes out to drink, get ass drunk and see what kind of free Corona schwag they can score. It kills me to see grown adults, some coming up on retirement pulling the, "what would you do for a Klondike bar" routine for a fucking shitty can coozy or visor. In my opinion, if your going to be a billboard for something, at least let it be a cool band or some product you believe in.

The Bru Crew was there in full effect. I was approached by a stunning red-head who was trying to convince me to mosy on over to the schwag table so I could sign up for some shit and play some games. She was nice enough and easy on the eyes, but..."bitch please, you go to an Ivy league school. The fact that you work for the coolest radio station in the state, is not even remotely enough motivation to get me to drink the promotional drink." How come you're not drinking Corona or Cuervo, she asked.

My first impulse was, "cause they were all out of gofuckyourself." Again she had only annoyed me and not insulted my manhood...so, "cause I really don't care for either was enough of a reply. She attempted the chat-up for another 30 seconds and then gave me a squeeze and reiterated how cool it would be for me to come see her at the merch table. Sure, I said in my best interested voice.

Shit started getting out of hand with the parental types partying like it was 1975. So the boss & bosses boss decided to get some grub. We headed over to Thayer to eat at Paragon where black shirts and attitude were the only things on the menu. I was denied my beloved Malibu and 7, cause my license expired 5 days ago. Apparently Paragon had gofuckyourself on tap. I had some tortellini w/ chicken and a few sodas. Bosses Boss had two friends meet us and they were cool. Dinner was good but not worth the $200.00 bill. At least I have a new date restaurant though.

After dinner we decided to go to Bosses Boss friends place cause it would have been cheaper to drink 94 octane than to keep drinking at Paragon. We got to Julie's and out came the Sirius Satellite radio and the monster, "yes, I'm grown folk and still smoke weed bong." I was tempted but having been clean for a year, it was nice to avoid the paranoia. Patrick Kennedy should use me as a role model. Conversations and ha-has were had. I met Budda, the cooler than hell dog and left after about two hours. I called W on the way home and we got some late night cafe. America may run on the Dunk but I run on espresso. 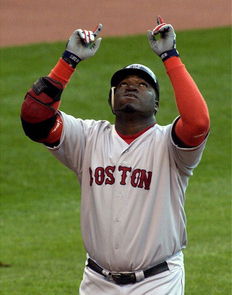 P.S. Props to Big Papi for getting back on track tonight. Thanks Chief!!!
Posted by JackassJimmy at 1:32 AM